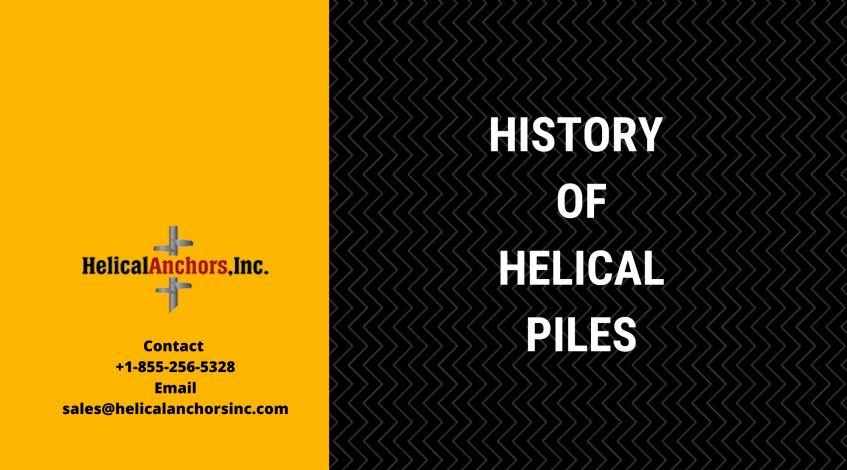 From Ancient times to modern world humans have relied upon the helical pile technology to strengthen the foundation of their structure. Let’s see the history of development of helical piles.

The helical pile was used for the first time in construction by the Neolithic tribe called the “Swiss lake dwellers” who lived in today’s Switzerland. They did not use piles to strengthen their foundation, they used it to elevate their homes to protect themselves from wild animals.

Alexander Mitchell of England revolutionized the usage of piles when he invented the screw pile which was a major improvement over the standard wooden straight pile construction type. This new metallic pile was equipped with helix-shaped blades were screwed into tbhe earth and were able to penetrate deep below the damaged soil.

The water locks of the Erie Canal in New York were supported on Timber piles. Each of the locks was supported on 700 piles.

Even today piles are used on a global scale. Mitchell’s screw piles has undergone various developments and changes and they have been improved greatly. The present foundation repair industry generally refers to the modern-day screw piles as Helical piles, because of their helices.

Helical Piers is also known as a helical pile, helical anchor and at times call screw piers and often used …